(UPDATE October 2017 – There is some question as to whether or not the owner of these cars has hard copy titles for all of them. As with any long distance or sight unseen transaction, either inspect the car(s) and review their paperwork yourself, or pay a professional to do so, BEFORE committing to buy anything or sending any money to anyone! – DT)

“Hey Dave, I want to consolidate the cars I have stored in a couple of barns and sell this stuff off, can you help?” It’s the kind of call I always look forward to receiving. This time it came from a car guy buddy I’ve known for a few years, a long time SCCA member, ex-ice racer, ex-everything racer and all around good old hopeless car guy. I had heard about his ‘collection’ (or hoard) a handful of times, but had never seen it.

When he called me back in April he explained that the farmer he had been renting one of the barns from for more than 15 years sold the property and he had to have the cars out by August 1, so, he wanted to sell a bunch of these cars off “I’ve just realized I’m not going to get to all of them” he explained over the phone… a realization some car guys never actually even come to.

He has about 35 cars / vehicles, that were spread over three different barns at two different locations separated by about 25 miles in the Minneapolis / St. Paul area of Minnesota. In April of this year I went out with him, to both locations, to take these photos, and to help him take some kind of inventory of all the ‘stuff’. I told him I would take photos, but that I didn’t want to post them anywhere until he was ‘ready’ to field the calls I figured would probably come rolling in.

Have a look a 100+ photos on the Dave Knows Cars Flickr page.

Click here for a a PDF of the Excel spreadsheet of the inventory of all the cars and basic descriptions.

Click here for an a 4 page PDF ‘map’ of each barn and location of each car, so you can figure out what’s in all of the photos (#s on map correspond to #s on inventory sheet)

I have no vested interest in the sale of any of these cars,  (although I hope to buy one of the ex-‘Catalina Auto Rental’ Mini Mokes before they’re all gone) If you’re interested in something you see in the photos please feel free to contact me and I will put you in touch with the owner.

He recently moved all of the cars to one location, about 1/2 hour West of Minneapolis, they’re now housed in two buildings on one property.

All of these cars are somewhere on the ‘project continuum’  (obviously) and we all know that it can be pretty labor intensive to sell such an amalgamation of stuff. He says he’s ‘ready’ to sell them, and in fact, a few have already been sold (one of the MGBs, the Alfa GTV, one of the bugeye sprites) but many other interesting cars remain.

Highlights include: A Moretti 850 Tour de Monde Coupe, 10+ ex-Catalina Island rental fleet Mini Mokes, a couple of Mini Cooper Ss, two Morris Minor convertibles, a Datsun 2000 Spider, a bunch of other Minis, a couple of VW based Pumas (1 coupe, 1 convertible). It was simply an overwhelming day climbing through this stuff. 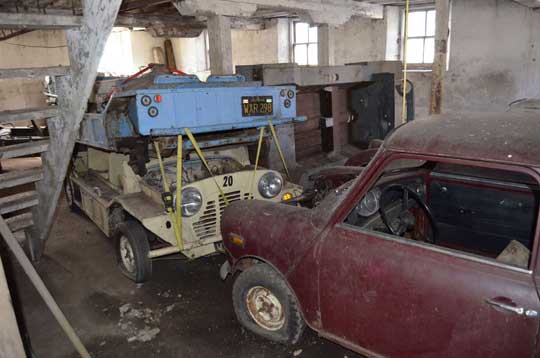 Mini Cooper and a couple of ex-Catalina Island Mini Mokes. 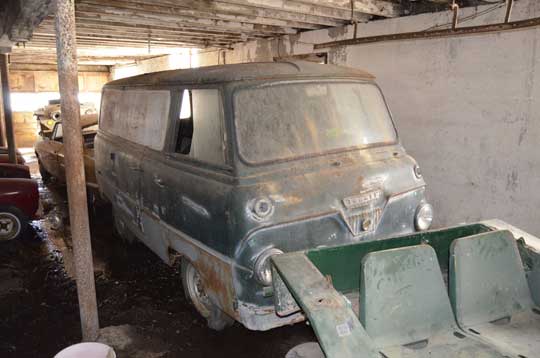 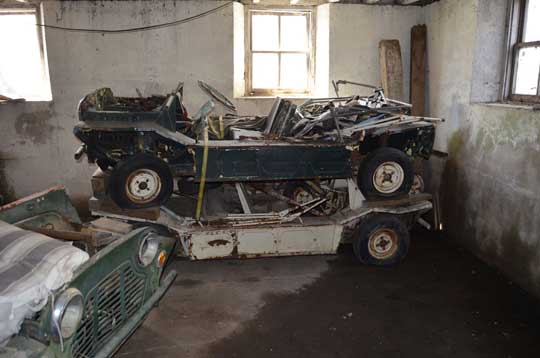 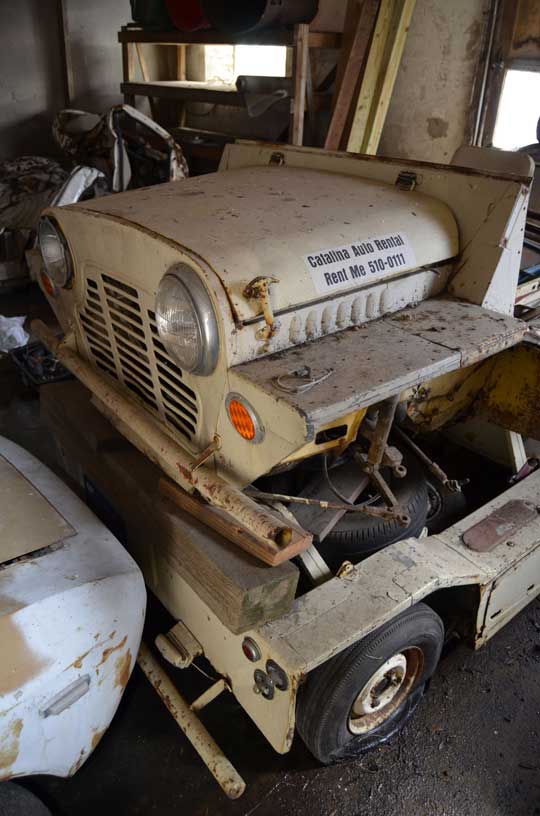 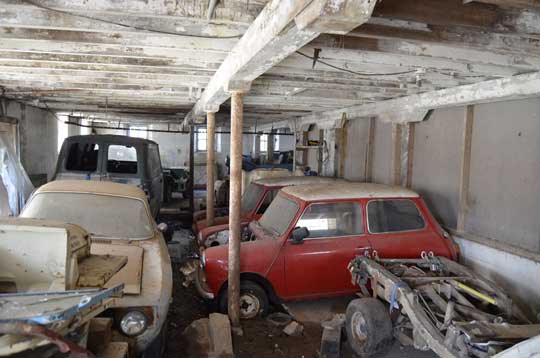 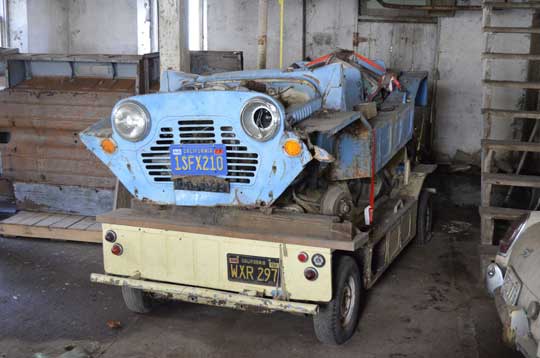 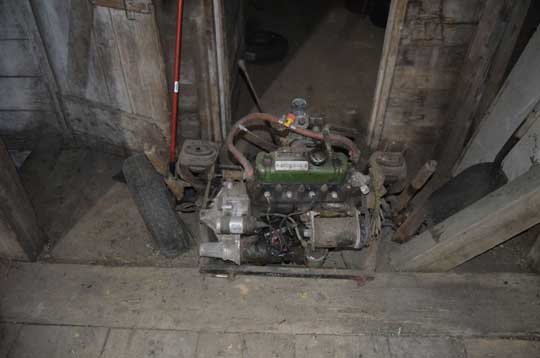 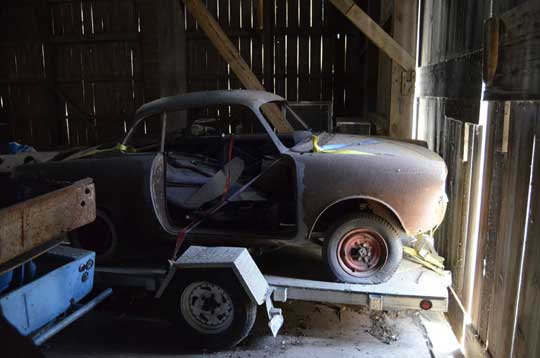 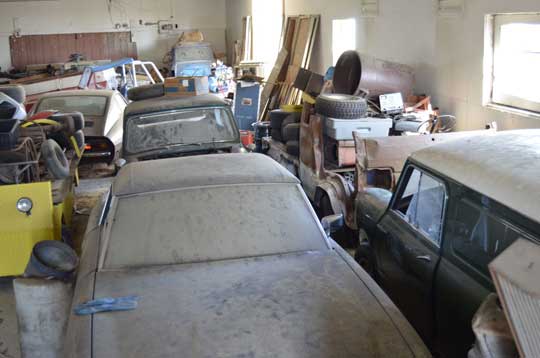 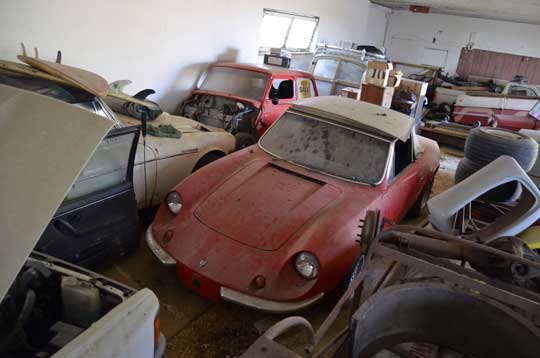 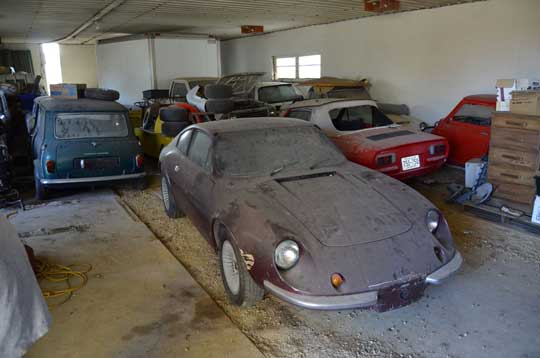 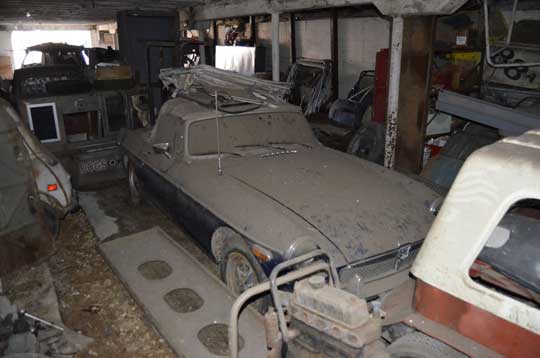 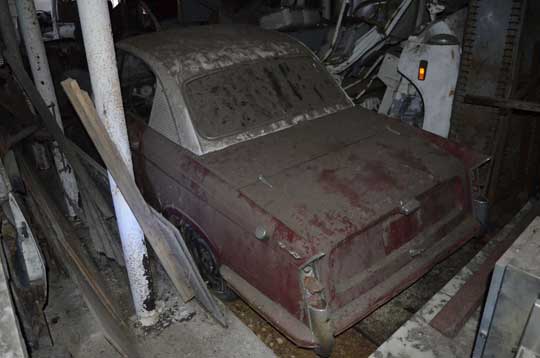 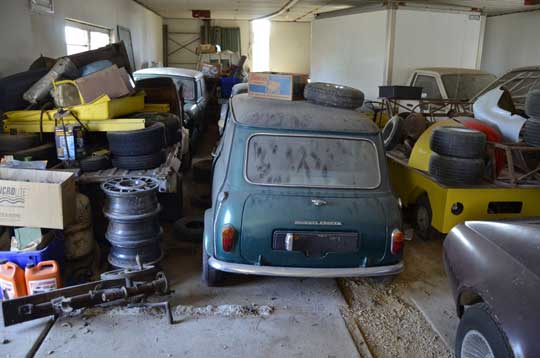 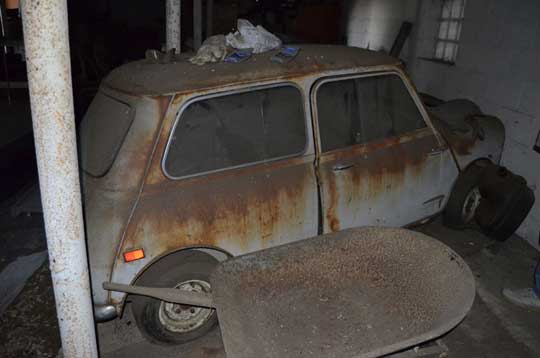 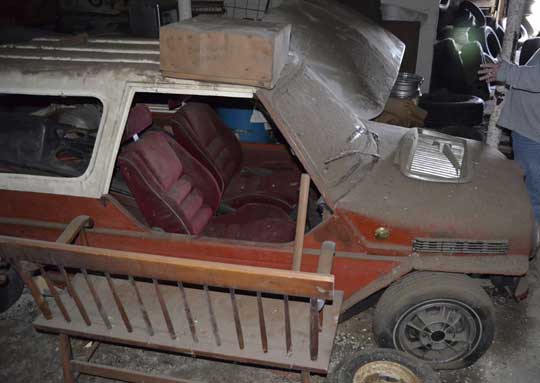 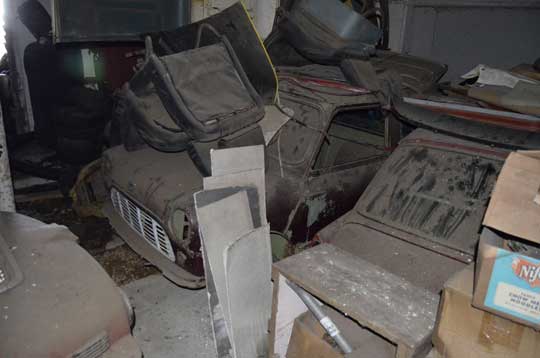 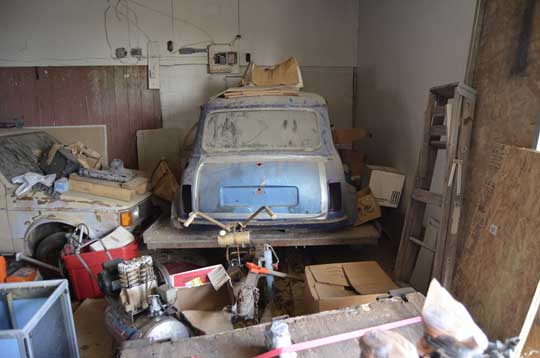 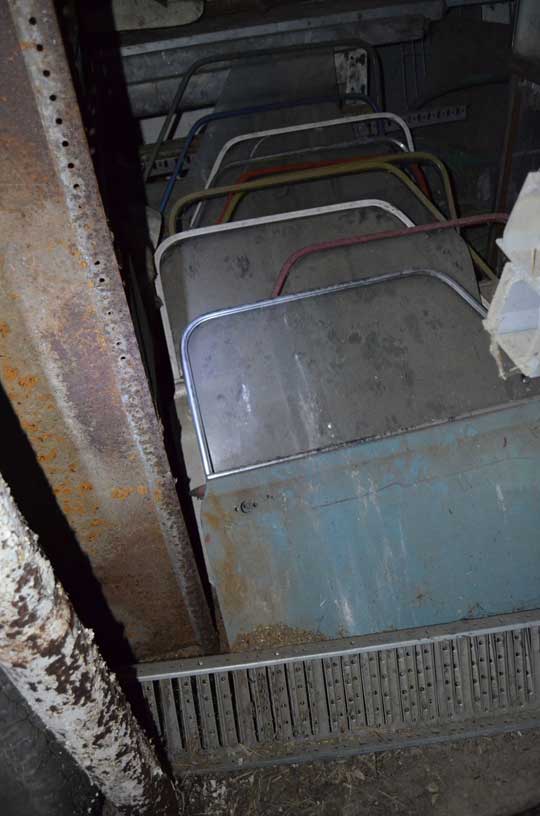 Dave, do you mind if I share your images/story on my site?

Hi. I have seen your cars for sale and i am very interrested in a early cooper s if you still have one of these? The green one in the picture would interest me, but not sure if its an s. Thanks a lot and best regards mike

Hi, I stumbled across this site whilst searching for a car for my son to restore. He is very interested in a Moke, could you let me know if there are any Mokes still left from these found?
many thanks, kind regards Sarah